Khelaifi ready for QTCC second round 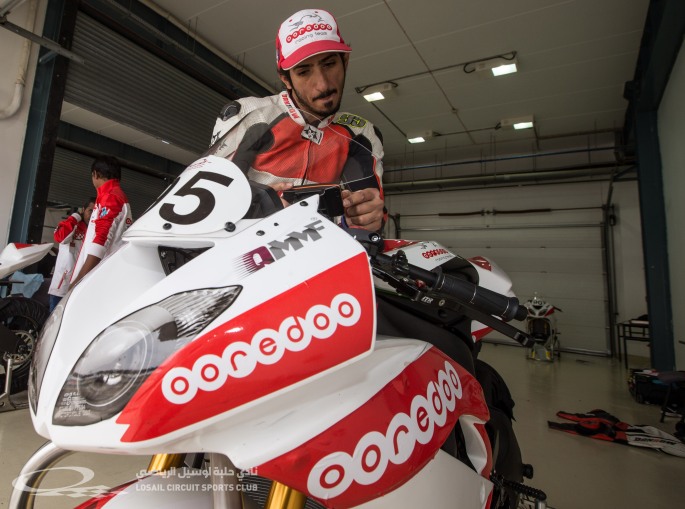 Tribune News Network
DOHA
The second round of the Qatar Superstock 600 and the Qatar Touring Car Championship is scheduled at the Losail International Circuit on February 3 and 4.
In the opening round of the Qatar Superstock 600, Mashel al Naimi, Saeed al Sulaiti and Nasser al Malki were involved in an engrossing battle for the top honours and this weekend is expected to be no different than that.
Naimi clinched both the races and leads the championship with 50 points. He trained hard and took part in the last track days at Losail in order to be race sharp for the second round.
‘I am feeling better every time with my bike and I have more confidence with the front now. I have good speed to make a good lap time and in the last track day, I was faster than the first round, so I think I can do it better this weekend. I have to be ready for a tough battle as I think all the riders are going very fast and improving,” said Naimi.
“Round 1 was a real fight with Sulaiti and I hope that next round will be just as spectacular for the spectators,” Naimi added.
Saeed al Sulaiti was the runner-up in both races of the last round. Even though he was happy with his performance, he will try to change his strategy to get the taste of the victory.”In the first round, I was struggling in the straight line only. But in the next round, I will try to change my technique as I was trying to run away but it was not working at all. Mashel and Nasser have less weight than me so I am trying to lose a bit of weight to run between them,” said Sulaiti.
“I am expecting again a big battle between me, Mashel and Nasser and we’ll see some surprises in the second round with big improvements from other riders such as Abdullah al Qubaisi who did very well in the last track days. Also I expect a big jump in his performance compared to Round 1,” added Sulaiti
The 17-year-old rider Qubaisi, the youngest rider in the championship, has been putting in great deal of efforts and improving his riding skills. In the last track day, he improved significantly his lap timing by three seconds compared to the previous week.
“Every time I feel much better on the bike and I have more confidence. In the last track day, I was faster than the last race and I cut 3 seconds off my lap timing. I hope to make a better result in the next round. I wish to thank the QMMF, Losail Circuit Sports Club and my coach Sulaiti for their support,” stated Qubaisi .
In the championship standings, Sulaiti is second with 40 points and Malki has 32 points. Ali al Shammari and Fahad al Sowaidi are in fourth position with 24 points each.
On Friday, the track activity will start at 10:00 with the Free Practice 1 and the Free Practice 2 I scheduled at 13:15. The Superpole 1 will be contested at 15:45 and the Superpole 2 at 16:10.
On Saturday, the Race 1 will start at 11:30 and the Race 2 at 14:30.
In the Qatar Touring Car Championship too, there was an interesting fight in the opening round between the front three drivers Abdullah al Khelaifi, Mansoor al Hajri and Omran Karama and the excitement is expected to continue this weekend.
Championship leader, Abdullah al Khelaifi is looking forward to another close round with Mansoor and Omran.”I really want to go out for the second race of the championship. I had good preparations and I feel I am ready for another exciting race with the others. Other drivers are also getting better timings so for sure, this round will be more challenging for all of us,” said Khelaifi.
The QTCC Practice will be on Friday at 14:30 and the races are scheduled on Saturday at 13:00 and at 16:00. There is free entrance for all the fans at the grandstand and also at the Paddock.